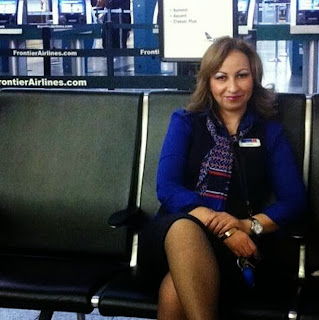 With holidays here, there will be a lot of traveling going on. Well, with traveling, there needs to be vigilance. Why? Because of people like this.

It turns out; a South Carolina man's iPad was stolen at LaGuardia Airport in New York City, but got quite the shock when photos of the apparent thief started popping up on his iCloud account, which stores photos taken from the gadget. As luck would have it, the not-so-slick suspect works at an airport currency booth and was careless enough to use the iPad to take photos of herself in uniform. What an idiot!

70-year-old, Martin Alfonsi said, "You would think that you can trust an employee of the airport who is in uniform." Wrong! If he's ever read my blog before, he would've known that iPads are one of the most stolen items at the airport. The woman's co-worker at a Travelex Currency Exchange booth in Terminal B identified the woman in the photograph as Naima, who was employed by Travelex for five years. No one has been charged and Port Authority police say the case is still under investigation.

Oddly enough, Alfonsi's strange ordeal began on September 11, 2012. He and his wife, Kay, were at the tail end of a trip to the city to visit their daughter, Sharyn Alfonsi, who is an on-air correspondent for "60 Minutes Sports." While Martin was standing at the Air Spirit ticket counter, his wife was seated nearby, with the iPad beside her. The iPad was a birthday gift from his daughter. At one point, Kay got up to answer a question from her husband, but by the time she returned to her seat less than a minute later, the device was gone. Martin and his wife immediately filed a report with the Port Authority Police Department. Okay, why would you leave an iPad or something of that nature unattended? This is New York for crying out loud! I say that was a dumb move on their part.

Anyway, convinced that the iPad was gone, he bought himself a new one, but recently when he logged onto his iCloud account that he spotted the photos of the apparent thief. There were a number of shots of the woman posing at the airport, while others documented family trips including one to the Statue of Liberty.

Martin Alfonsi doesn't even care about getting the iPad back. He just wants Naima to learn a lesson and that lesson is that you can't steal because there will be consequences. Well, I have to say that both parties were pretty dumb. The Alfonsis were dumb for leaving their iPad on the bench unattended in New York City. The airport employee was pretty dumb for not wiping the iPad back to factory settings. She could have easily gotten away with this had she wiped the iPad. People are idiots, but my point was to stay vigilant with your belongings if you're traveling during the holidays and have a Happy Thanksgiving!
Posted by buzzkilltim at 8:03 AM No comments: 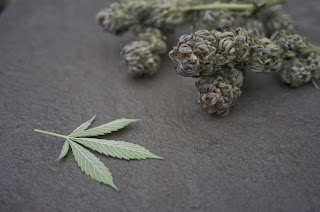 I read this story yesterday morning and thought it was absolutely crazy! Of course, since it is about marijuana, I needed to share this with. Anyway, it turns out; a Florida couple accidentally hauled an 11-pound stash of marijuana home all the way from Louisiana. And they didn't even get caught! They turned it in! What the hell were they thinking?

The Key Largo husband and wife carried the contraband of pot throughout a 900-mile journey before arriving to their home in Florida, popped open two mysterious suitcases and discovered the bags of weed inside. The alarmed couple quickly called the local sheriff's office. Is anyone else asking themselves, "Why did they call the police?" No? I'm the only one asking that? Monroe County Sheriff Sergeant Al Ramirez said in a statement, "This could have been really bad. These people were traveling all over with this stuff in their truck. If they had been pulled over with it, they could have wound up in jail and their truck may have been seized."

This odd case of the accidental smugglers began in July when a confusing package arrived at one of the couple's rental properties in Louisiana. A housekeeper informed the husband, who in turn told her to ship it back to UPS, which she did, but the box was later shipped back to the rental and she put the box back inside. The box remained at the rental property until the husband and wife recently took a trip to check on several of their vacation properties. They opened the box only to find two locked blue suitcases inside. Thinking that the bags were just lost luggage being returned to someone, they just tossed them in their truck and decided to deal with them later.

When later came and they finally decided to cut off the locks open at home, that is when they discovered the two sealed bags stuffed with Mary Jane. They called the sheriff immediately on Wednesday. Sergeant Ramirez said the marijuana was confiscated and would be destroyed. Yeah, right! I'm sure it was confiscated, but it was certainly wasn't destroyed. I'm sure Ramirez and his homeboys felt they hit the jackpot, which is the same way I would've reacted if I opened that luggage and found 11-pounds of marijuana staring me in the face. The only way this weed was being destroyed was through my lungs!
Posted by buzzkilltim at 6:09 AM No comments:

BEAT OFF IN WALMART 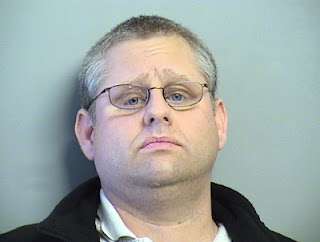 61-year-old Beth Davis told police that she entered the restroom yesterday morning and found a nude man pleasuring himself in front of a mirror. Wait a minute! So, this dude was tossing off to an image of himself? Now, that is a little disturbing! Nevermind that he was masturbating, but he was looking at himself and doing it. What the hell? Davis, who fled the bathroom in search of help, said she later, saw the suspect, who at this point was now dressed, leaved the bathroom and headed for the exit. That's when Davis went into 'panic mode' and began filming him with her cell phone, while providing narration to accompany the footage: "My name is Beth Davis and I witnessed it. You were naked and had your pants down to your ankles. Someone stop him. Do not let him got out that door!" The 22-second clip showed up on thesmokinggun.com. I will attach the video below this blog. 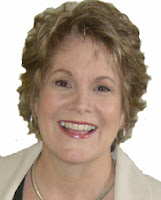 Posted by buzzkilltim at 7:10 AM No comments: 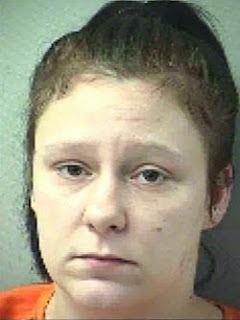 This is 23-year-old, LeAnn Frauens. After shoplifting a sex toy from an adult novelty shop in Florida, she had the balls to hang around and ask about any possible job openings at the store. Unbelievable, right?

Frauens went to the Intimate Treasures store in Crestview, Florida last month to inquire about work. She made sure to leave her name, address and a phone number with the manager. After she left, the manager noticed that an Evolved brand "Short and Sweet" vibrator had been taken from its display location, so he reviewed the store's surveillance footage showing Frauens concealing the device in the front of her pants as she moved away from the display. It was unclear whether Frauens, who was reportedly intoxicated, was really there for a job or the sex toy. Since she'd given the store manager her contact info, she was not too hard to find and police found the device, which was valued at $59.99, in her home.

The police showed Frauen the surveillance video, where she exclaimed in disbelief, "Oh My God! Look at what I'm doing? Oh my God! I'm gonna cry!" After viewing the footage, police retrieved the stolen device, which had been used and was no longer in condition to be returned to the store. Frauens admitted to being very drunk the night of the theft and doesn't even recall swiping the item. She turned the vibrator over in a paper bag to an officer, who noted "the device appeared to have been used and not cleaned" so he did not remove it from the bag. This girl is a pig!

Okay, if this girl has no recollection of stealing this product, where does she think it came from because she obviously used it, and from the sounds of it, she used it quite a few times. Also, how dumb can you be to give someone your real address when you've just stolen something from their store? I don't get it! I find myself saying this a lot lately, "What the hell makes people do what they do?"
Posted by buzzkilltim at 5:58 AM No comments:

THE ONE THAT GOT AWAY 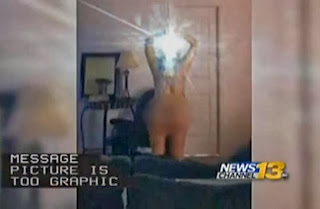 Okay, you wanted more teacher-student stories? I have more for you; only this is one with an interesting ending. So, a Colorado teacher was busted for kissing a 17-year-old boy and sending a nude photo of herself to other high school boys, but is said to not have committed any crimes. She did however violate the school board's policies.

31-year-old Larisa Oringdulph admitted to police that she kissed a boy outside the gym at South High School, where she worked, after Pueblo police found photos last month of her wearing only underwear that she sent to several teens. The police did not pursue charges against Oringdulph because the boys were older than 17, which is the state's age of consent. Oh, well!

Not so fast! A copy of the school board's policy says that "staff may not communicate with students through personal social media platforms or by texting without prior authorization from an administrator." Oringdulph did resign from her post, but it wasn't clear if the state's Department of Education was notified about the ethics violation. A rep for the department never confirmed if an investigation had been launched, but they did clarify that it does take a long while before a teacher can lose his or her license. 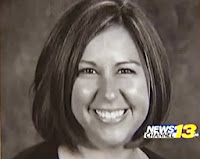 I have to say that after writing about so many of these stories, I always said that as long as they were 17-years-old and these boys consented to the sexual relations, then the teacher is not at fault. The only violation that I think she committed was that she kissed the boy on school grounds. I think what they do off the school grounds is all personal and they should not be penalized for that. How can you blame a 30-year-old woman for wanting young meat? Or a young guy wanting a woman who is more experienced? That's all I see here. Maybe sending naked photos of herself to other students was a little much too, but I really see no other wrong here.
Posted by buzzkilltim at 6:59 AM No comments: